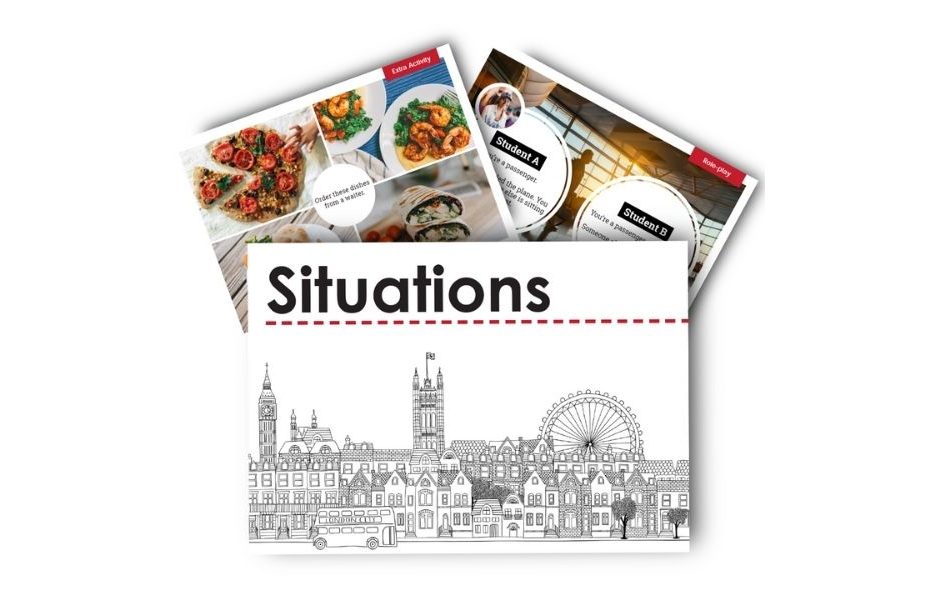 Role plays are one of the most effective ways of practising functional language. Unfortunately, not all students love them as much as teachers do. Let’s have a look at how you can make them more accessible!

First of all, the topic. When you think about what scenario to introduce, ask yourself these questions:

If you teach many different students, it’s not a good idea to recycle the same role plays with all of them. What works with adults will probably be too boring for teenagers.

Do they know what to say?

A lot of students don’t like role plays because they don’t know what to say. It’s a good idea to give them a list of points to cover. For example, if a student is supposed to play the role of a customer returning a damaged item, give them some prompts:

That way they don’t have to think of WHAT to say, but HOW to say it. Or even better – before role-playing, give them some time to think about what they want to say. And if you teach lower levels, this stage should be compulsory!

For a good role play, there has to be a conflict or an information gap between the roles of Student A and Student B. It doesn’t have to be controversial, but it has to be clear.

Some students feel self-conscious about role-playing. Make sure the roles you have prepared for them are adequate and fit these students’ reality. For example, if it’s a Business English class, some students might feel uncomfortable playing a role that would make them look unprofessional. Or in an adult group, some students might not want to play “childish” roles.

If all fails, you can always ask your students to come up with role-play scenarios themselves. They can create roles that they are comfortable playing in a topic that is interesting to them.

Read this article for tips on how to get the most out of EFL role plays.

Find ready-to-use role plays and other resources for practising functional language in SITUATIONS.

This website uses cookies to improve your experience while you navigate through the website. Out of these cookies, the cookies that are categorized as necessary are stored on your browser as they are essential for the working of basic functionalities of the website. We also use third-party cookies that help us analyze and understand how you use this website. These cookies will be stored in your browser only with your consent. You also have the option to opt-out of these cookies. But opting out of some of these cookies may have an effect on your browsing experience.
Necessary Always Enabled
Necessary cookies are absolutely essential for the website to function properly. This category only includes cookies that ensures basic functionalities and security features of the website. These cookies do not store any personal information.
Non-necessary
Any cookies that may not be particularly necessary for the website to function and is used specifically to collect user personal data via analytics, ads, other embedded contents are termed as non-necessary cookies. It is mandatory to procure user consent prior to running these cookies on your website.
SAVE & ACCEPT