Get the most out of EFL role plays. 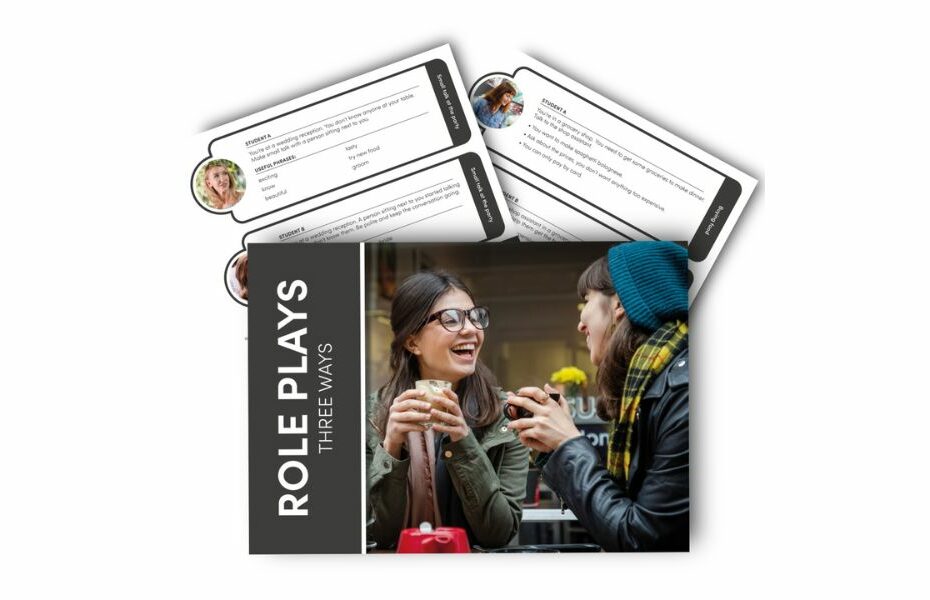 Role plays are one of our favourite EFL activities. They allow students to practise communication, they’re fun and quick to set up. In this article we have a few tips on how you can get the most out of role plays. Don’t forget to also check out how to design a good role-play activity.

Role plays work great for pair work. But what if you have an odd number of students?

Give the students some time to prepare before role-playing. Distribute the roles and give them a few minutes to make sure they understand everything.

You could introduce a pre-role-play discussion stage to help your students prepare for the role play. Prepare a few questions for discussion on the topic, or present the situation and get some feedback from the students about what they would do in this situation.

Monitor your students’ work. Check for errors and correct them only when absolutely necessary. When correcting errors, try and don’t break the flow of the conversation. If your students are in the middle of role-playing and you notice errors, don’t correct them there and then. Note them down and discuss them later. This approach works great for EFL fluency practice and it will boost your students’ confidence while role-playing. If you start correcting every error, they will quickly lose their motivation to continue.

If you have enough time, introduce a follow-up stage. After the students finish role-playing, let every pair talk about what happened in their role play. You can elicit some useful vocabulary that came up.

Let each student play the role of Student A and the role of Student B. You can also mix up the pairs. Have the students play a scenario, and then change pairs. This way, they’ll have the opportunity to communicate with different students. Do this especially if your students are used to talking to the same student in the group.

For weaker groups, or if you’re introducing a new scenario, always start with revising some useful language.

And if you’re looking for some ready-to-use role plays, check out our Role Plays 3 Ways EFL resource pack.

This website uses cookies to improve your experience while you navigate through the website. Out of these cookies, the cookies that are categorized as necessary are stored on your browser as they are essential for the working of basic functionalities of the website. We also use third-party cookies that help us analyze and understand how you use this website. These cookies will be stored in your browser only with your consent. You also have the option to opt-out of these cookies. But opting out of some of these cookies may have an effect on your browsing experience.
Necessary Always Enabled
Necessary cookies are absolutely essential for the website to function properly. This category only includes cookies that ensures basic functionalities and security features of the website. These cookies do not store any personal information.
Non-necessary
Any cookies that may not be particularly necessary for the website to function and is used specifically to collect user personal data via analytics, ads, other embedded contents are termed as non-necessary cookies. It is mandatory to procure user consent prior to running these cookies on your website.
SAVE & ACCEPT